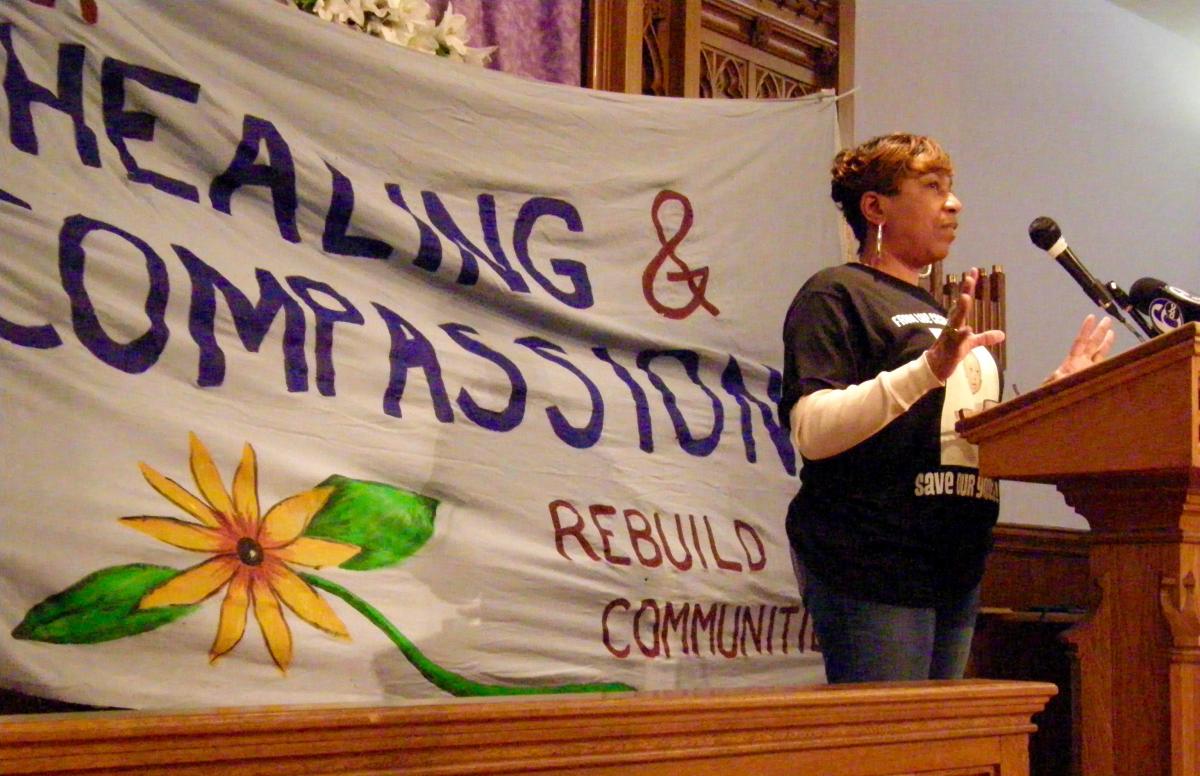 On Friday May 6, in honor of Mother's Day, the Coalition to Abolish Death By Incarceration (CADBI) held a powerful rally and press conference calling on the state of Pennsylvania to make compassion, redemption, and healing in our communities possible by recognizing the U.S. Supreme Court mandate to provide fair and meaningful resentencing to the more than 500 children sentenced to die in prison here in PA.

The rally sought to bring to light this inhumane policy and to demand immediate steps be taken to re-unify our families and heal our communities. As CADBI member Patricia Vickers, whose son is serving a life sentence he received when he was 17, observed: “Pennsylvania sentences more young people to die in prison than any other state in the country. We are holding this action the Friday before Mother’s Day to highlight how these sentences tear families apart. No mother should have to endure their child living an entire life behind bars.”

Despite the rainy weather, attendees packed the chapel of the Arch Street United Methodist Church to standing room only. Speakers addressed how the retributive nature of the prison system tears apart families and communities, while failing to improve public health and safety and providing little or no opportunities for rehabilitation or transformation. Individuals like Kimberly King talked about the devastation of losing one brother to a sentence of death by incarceration when he was 22 years old and another brother to street violence at the same age. 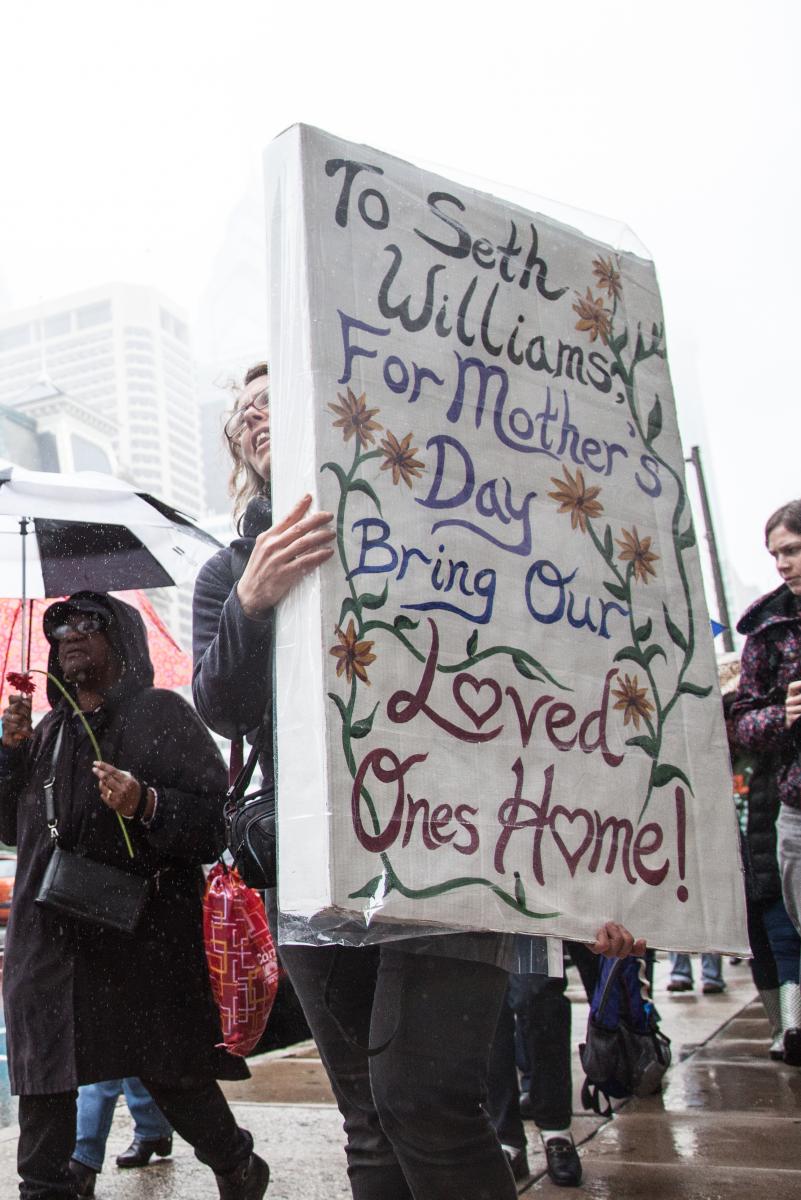 Movita Johnson-Harrell, whose 18 year old son was shot and killed by two young men in Philadelphia, submitted a statement that spoke to her decision to ask for mercy for the young men who had murdered her son. “We must realize that young people frequently make poor choices,” Johnson-Harrell observed. “We must also realize that while they make poor choices they also have the capacity to grow and change. It is important to recognize that part of human development is making mistakes but it is important to give young people the opportunity to redeem themselves. No child should live their entire life behind bars. It would seem because of my own personal experience that I would be the most unlikely candidate to fight to abolish youth death by incarceration. I stand with the Coalition to Abolish Death By Incarceration (CADBI) because I understand that one bad decision and my son could have been on the other side of the gun. I also understand young people change and can contribute positively to society if given the resources and opportunity.”

Kempis “Ghani” Songster, who was sentenced to life in prison for a crime he committed when he was 15, recorded an audio statement for the press conference, encouraging attendees to recognize the hopeful possibility, the critical importance, and the enormity of the task before us. "Only when all of us,” says Songster, “our whole community — families and friends of victims, families and friends of the condemned, and those who are themselves condemned — take responsibility for solving our community's problems will the healing begin."

It was an emotional and moving experience for all those who participated. After the rally, participants walked from the church to District Attorney Seth Williams office to deliver a giant Mother’s Day card containing messages from mothers, fathers, family members, and friends, as well as those currently serving death by incarceration. "To Seth Williams for Mother's Day," the giant card read, "Bring Our Loved Ones Home!" The action received a lot of positive news coverage, including articles in The Metro, The Tribune, and Newsworks, as well as local television reporting from 6ABC.

And while the Mother’s Day event itself is now over, we want to keep up the pressure! That’s why in the upcoming weeks we will continue to urge District Attorney Seth Williams to implement a meaningful and swift resentencing process for those individuals who were sentenced to die in prison as children. We will continue to pressure the D.A. to make a public commitment not to seek to reinstate life without parole for anyone going through the resentencing process. Please help us keep that pressure on! You can participate by writing letters directly to the District Attorney and by urging your friends and family members to write, email, call, and tweet him. See the “Action Steps” section for his address and phone number. People on the outside can find out more about this mobilization (including links to sample call scripts and sample letter drafts) online at decarceratepa.info/calltoaction.

Finally, a huge thank you to all the many folks who sent in written statements for the Mother’s Day Rally! Many of these were read aloud by attendees at the event and many other statements are being used as part of our campaign to keep up the attention on this issue.